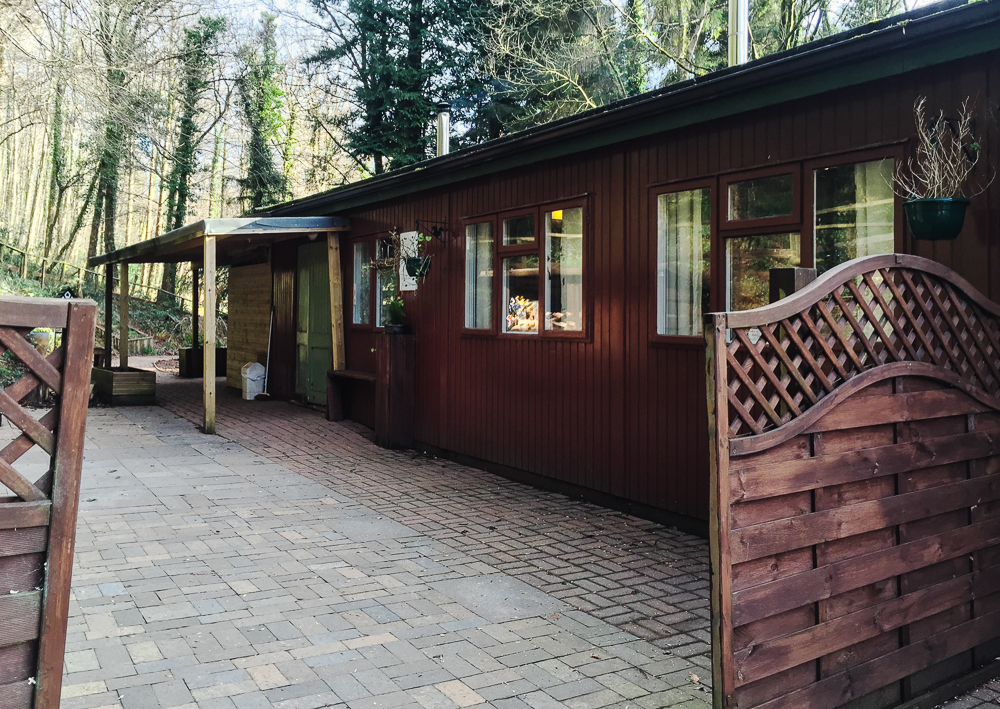 With the Taff Trail being such a well-worn path, it’s surprising that there’s a lack of commercial activity trying to take advantage of it, at least through Cardiff.

However, every so often, something interesting turns up.

Forest Tea Rooms is set just off Heol-y-Fforest (it’s the next left after the castle as you head up from Tongwynlais) and is part of a number of different enterprises, most notably a wood burning stove retailer.

Given the wood-burning stove connection, there’s no prizes for guessing where Forest Tea Rooms gets its heat from. The place is littered with wood burning stoves that are usually roaring away and making even the outdoor seating area bearable. There are at least two inside as well, so you won’t be cold!

It’s rustic & basic, but the coffee isn’t bad, it’s in a beautifully peaceful setting and it’s quite a funky place to hang out.

For those locals with good memories, this used to be the “Countryside Centre” back in the late 80s & early 90s.