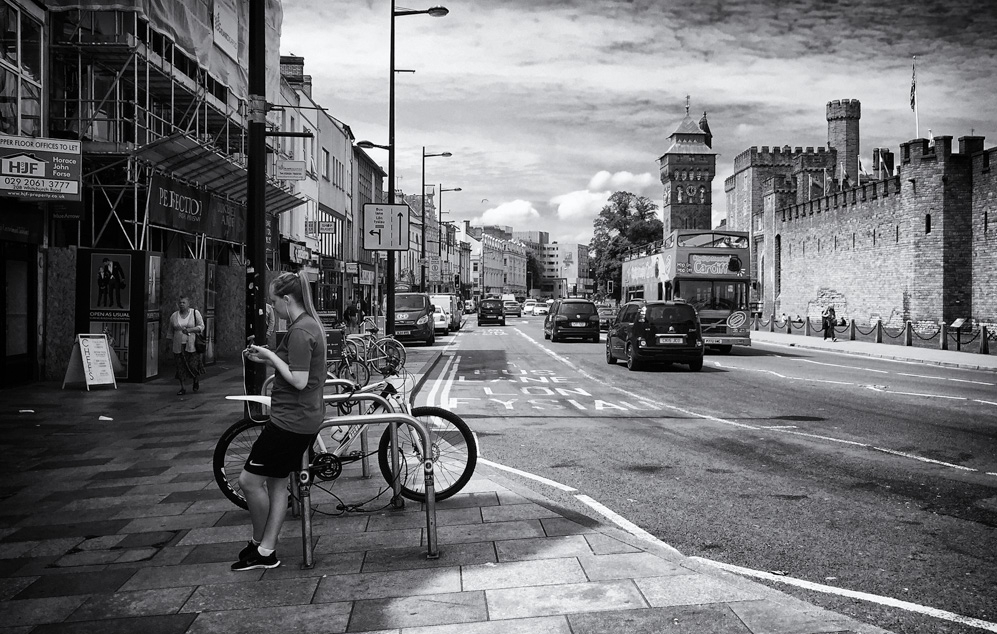 A while back we took a quick look into the future and briefly mentioned community severance, but we believe it requires further investigation.

Community severance occurs where road traffic (speed or volume) inhibits access to goods, services, or people. Appleyard and Lintell’s seminal study of residents of three urban streets in San Francisco found an inverse relationship between traffic and social contacts. The extent of social networks predicts unhealthy behaviors, poor health, and mortality; high rather than low social integration is associated with reduced mortality, with an effect size of similar magnitude to stopping smoking.

Source: Community Severance and Health: What Do We Actually Know?

Rather than being a great liberator of the people, motor traffic appears to have the opposite effect. The noise, the pollution and the danger associated with fast-moving traffic serves to isolate people and communities. This leads to the sedentary lifestyles, social isolation and poor health we are seeing more and more in our society. Most importantly, it destroys community cohesion.

It’s easy to fall into the trap of thinking that nearly everyone has a car, but this is far from the case. Cars are expensive to buy and run and they’re not an option for anyone under 17 or anyone who has reached an age where they no longer feel safe behind the wheel.

According to the Office for National Statistics release, in 2013 Cardiff’s under-19 population was estimated to be around 84,700 and our over-75s around 23,300. That’s around 108,000 people from our 351,700 population effectively excluded from motoring before you even take income or disabilities into account. Despite this, we appear to have given much of our city over to it.

The main problem with cars is that, apart from commercial vehicles fitted with CB Radio, the people in them can’t talk to people in other cars. When you can barely see someone’s face; you can’t hear their voice and you can’t share a smile or even a “good morning”, it becomes very easy to forget that the people sharing the road with you are actually people.

This, aside from the frustration of getting nowhere particularly quickly during rush hour means that we get frustrated, angry and rude with people who are just trying to get through life, the same as you are.

Being able to share a greeting, a few pleasantries or even strike up a whole new friendship is incredibly powerful and arguably what life is all about. Cars effectively rob us of this and we are all the poorer for it.

There are few places in the UK you can’t reach by road these days. Unfortunately, most of our roads are filled with one-tonne metal boxes travelling at least 20mph.  This, understandably makes people nervous, in the same way that a river full of alligators or molten lava would. Stepping into it means serious injury at the very least.

You know what we’ll do? We’ll just stay on this side, shall we?

In Appleyard & Lintell’s findings that’s exactly what happened. Those people living on the busy road had little knowledge of the street they lived on; they had fewer friends and spent less time actually on it. In contrast, those that lived on the quiet street had more friends, a greater sense of their local area and spent more time on it.

In this context, it’s strange that shop & business owners are often seen making the case for more on-street parking when in reality, more parking will just make that street even more noisy, unpleasant and polluted. We probably wouldn’t want to spend too much time on that street exploring, soaking up culture and we’d probably shop elsewhere.

Cardiff Council, to their credit, have been banging the “livable” drum for some time. Considering Queen Street, the Hayes and High Street all had traffic on them not that long ago, we’re now at a point where much of Cardiff’s retail might is centred around streets and arcades that have no traffic on them at all.

The streets that do have traffic –Castle Street, St Mary’s Street and Wood Street are not doing so well and haven’t been for some time. Castle Street in particular, with its four lanes of traffic, is awash with convenience stores, tat shops and the odd pub or bar –a far cry from the offerings you’ll find in the arcades or on the Hayes.

Yet, these units are situated directly opposite the city centre’s biggest tourist attraction, the Castle.

It’s not a particularly enjoyable place to spend time; there are few places to cross and it is rather unpleasant to cycle on. Why it has four lanes is anyone’s guess, especially as it becomes two again when it crosses Cathedral Road and becomes Cowbridge Road East. There’s room for unbroken bus/cycle lanes on both sides.

However, it isn’t just the centre of town that is getting the livable treatment. It was recently announced that Birchgrove was to get a livable makeover. Whilst recent amendments to the parking elements of the proposal have arguably watered down its ambitions, it should be better than it was.

Let’s also not forget that the new developments on the Cardiff Local Development Plan, such as Plasdwr look like they are going to be livable by design. What would really help it along would be for 20mph to be the default speed limit, but we’re going to have to keep pushing at that one.

It is also important that when Cardiff’s “Car Free” day happens, we embrace it. We get out there, we walk & cycle the streets that are normally hazardous and polluted and we re-connect with our city. It’s actually quite something when you stop to look up at it.