A far cry from the crowds and meticulous organisation of the Velothon just a week earlier, an Audax is nearly always a low-key affair. Paris-Brest-Paris is as glamorous as it gets for those of the randonneuring persuasion.

This, you could say is Cardiff-Midford-Cardiff, but that doesn’t have quite the same ring to it. It was a milestone for me nonetheless.

In August last year I completed a 200km “calendar event”. These occur at roughly the same time every year; the routes change very little and there’s usually someone at the start and finish to hand out Brevet cards and count them back in again.

I’ve done a couple of big rides since, namely an aborted attempt at this very ride, but it was in November on a day with apocalyptic weather. I then did a scoping exercise around Monmouth and Abergavenny, covering a hilly 186km. However, since August my regular commute has changed and is now much longer. This has led to a noticeable improvement in fitness levels and theoretically a flat 200km (ish) shouldn’t be too much of a problem. He says…

So, this weekend saw myself and my good friend & riding buddy David tackle the trip to Bath (well, Midford) once again, but in better weather. However, this would be a DIY Audax —the principle is the same as a calendar event, but you can do them whenever you want, providing you notify the regional controller ahead of time.

Oh, you also have to devise a route and a set of control points. Fortunately, David has been refining this route for some time now. He’s ridden it a number of times on his own, tweaking it here and there, cutting out some of the boring bits and making improvements on the fly. 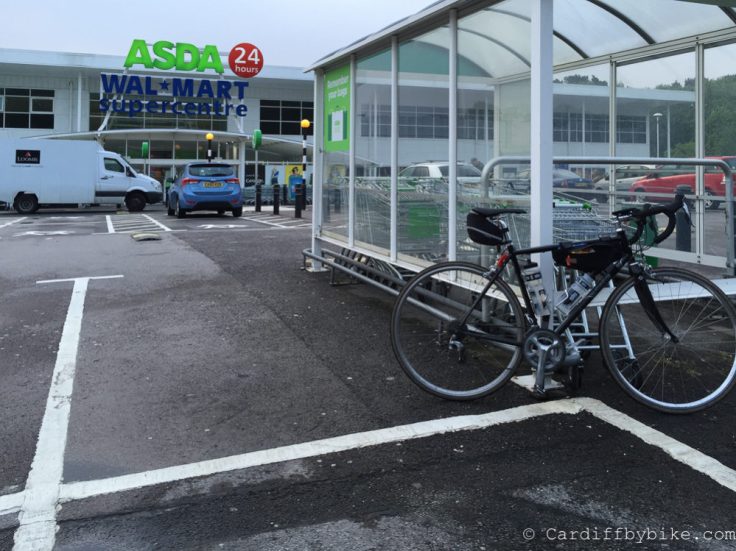 The proper starting point is the Wales Millennium Centre in Cardiff Bay, but with this being a DIY you can effectively start it anywhere you can get proof you have been. However, as this was a 6:00am start, I was pretty much restricted to cash machines, where I could get a receipt. So, I picked Asda in Coryton. I knew there was an outdoor cash machine there and it was easy to get to.

The plan was to get up at around 4:30, have breakfast, shower and aim to head to Asda with enough time to make it to the Millennium Centre for 6:30 to meet David. Miraculously I actually got up on time, but couldn’t face food, so I packed some Scotch Eggs in my back pocket & headed out the door (after getting showered & dressed, obviously).

The great thing about this time of day is how quiet the roads are. You pretty much have them to yourself. It’s very tempting, especially when the Garmin keeps flashing those ‘Live Segments’ at you to take advantage of the empty roads for a spot of exuberant riding. Fortunately the Garmin was also kindly reminding me that on this route I still had around 250km to go. Better rein it in…

I made it to a very peaceful Cardiff Bay on time and managed to chow down the first Scotch Egg before visiting yet another cash machine for a receipt when David arrived.

If my bank had been watching my transactions that morning they would be forgiven for thinking that a) My card had been stolen or b) I had lost the plot. They don’t really know me well enough to think c) He’s doing an Audax. I don’t know whether to be concerned or relieved that my activities didn’t rouse their suspicions…

…anyway, after that we headed for Newport.

We took the Wentloog Road down to Newport before taking a right off the A48 to follow the lanes to Goldcliff. By the time we reached Goldcliff it was 8am and starting to get warm. We were fully anticipating just taking a photo of the tea rooms as proof and head on our way, but Wendy obviously heard us and offered to make us some hot drinks.

I was completely bowled over by that. It wasn’t part of the plan, but we certainly appreciated it. They also signed our Brevet cards too. Perfect. We love Seawall Tea Rooms.

After that it was onto Chepstow via the lanes. These flat, ditch-lined lanes are a stunning place to ride on a sunny spring morning. The surfaces are pretty good, but with all of the houses spread out, surrounded by ample gardens in an area that is pancake flat it reminds me a little of the American Mid-west. At least, the mid-west you see in the movies…

Unfortunately, they eventually end and you are dumped out in a place called Rogiet, closely followed by the A48. However, after a short climb or two we were in Chepstow.

Much of Chepstow sits beyond our turning for the bridge (Mathern), so it was a toss-up between the garden centre and the petrol station. We opted for the garden centre where the coffee is actually pretty good. They also have a loo, which was a bonus by this point.

From Chepstow there was another 25km jaunt across the old Severn Bridge and onto Fishponds. This was quite a busy section as you wade through the outskirts of Bristol. However, apart from one close pass from a van driver that got us a little riled up, we made it to Fishponds in good time. 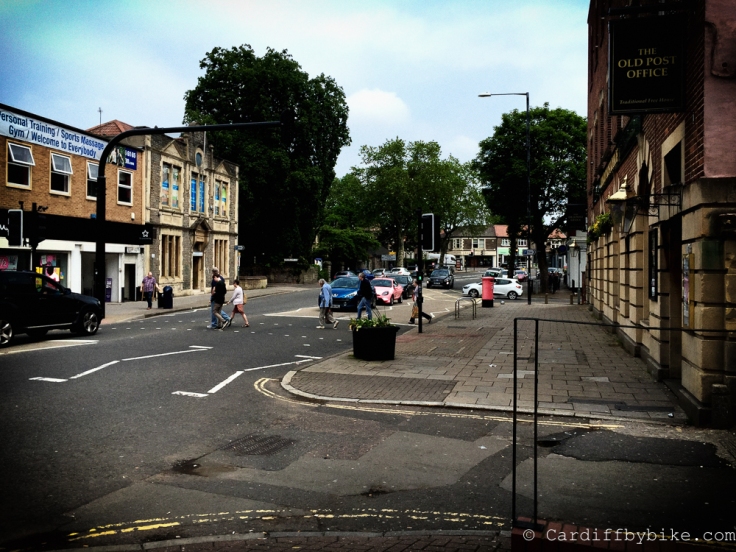 Despite the name, we found no fish nor ponds here. Fishponds appears to be a typical suburban village rather like Whitchurch. However, it marked the start of our rather extensive exploration of Bristol’s network of railway paths.

This is where Sustrans started out and the traffic-free ribbon of tarmac joining Bristol with Bath that formed the first part of the National Cycle Network is really very impressive.

It’s around 20km from one end to the other. It’s quiet, peaceful yet busy with bikes and pedestrians heading in both directions. Also impressive was that one of the disused station buildings along this former line had been turned into a cafe to cater for the significant amounts of passing trade. Looking back at the map I believe it may have been the Warmley Waiting Room Tea Garden. We didn’t stop there as it wasn’t a control, but may have to in future.

However, whilst 20km without traffic has its benefits, apart from the disused train carriages dotted along the route, there’s not much to see. Dare I say it, it got a little frustrating after a while. Mercifully, we were soon in Bath at our next control, which turned out to be Lidl.

Whilst Lidl wasn’t the most impressive of controls, getting to Bath was a means to an end for the headline act. The Two Tunnels are what we came for and Lidl as it happens was the ideal place to stop, being that the path to the tunnels was one street away.

For the uninitiated, Sustrans managed to turn two disused railway tunnels into an active travel route —similar to what is hoped for the Rhondda Tunnel (seriously, that could be awesome & we need it to happen). From Bath you reach the shorter tunnel first, but even that is impressive.

It is also prone to a dramatic temperature inversion. Back in November it was apparently warm in there, but this time whilst it was hot outside a wall of very, very cold air was pouring out of it. It was actually very refreshing to start with…

The second tunnel is around a mile long, very dark and in some places perfectly straight —think cold, gloomy, post-apocalyptic vanishing points! This would our first of two visits to the tunnels, as we were heading back this way after a spot of lunch at the Hope & Anchor. 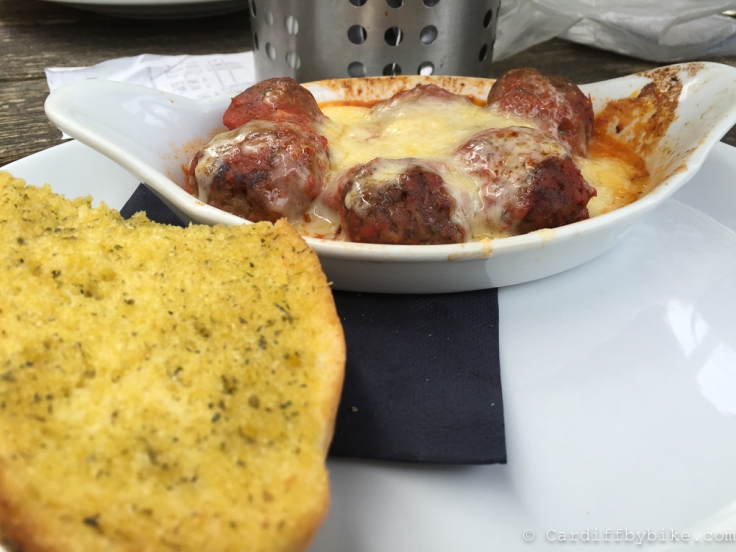 After an astonishing first experience of the two tunnels, a spot of lunch was in order. Right at the end of the larger tunnel is the Hope & Anchor. This is an excellent little pub with some great food on offer. Just what I needed after a very long morning in the saddle. It was also an opportunity to refill the water bottles, stretch the calves and have a breather. Oh, and get the Brevet cards signed.

Sadly, whilst it would have been easy to order a few more courses and a few more pints of sugary beverage, time was of the essence and we needed to return home, via Yate.

Fortunately, I got to go through the two tunnels again. I’d love to have taken some video to show you all, but there is at least some that someone else made earlier: 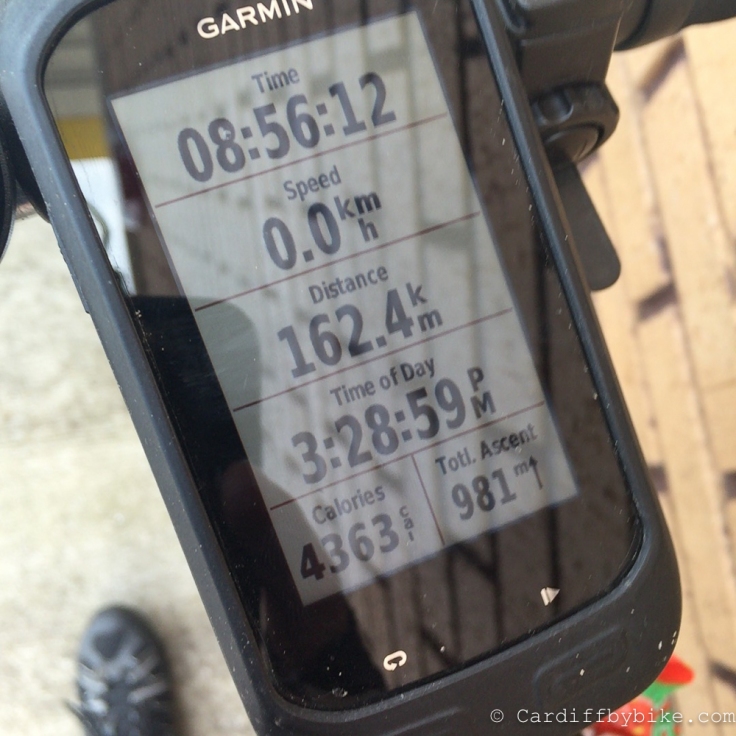 Our next stop would be a place called Yate, however, climbing out of Bath we were soon into rural England. We’d pass through Wick, Doynton, Pucklechruch and Westerleigh before hitting suburbia and Yate shopping centre. We stopped at the petrol station for some junk food and receipts before the final push back to Cardiff.

This next section was a bit of a monster, especially on already tired legs. My Garmin read 162.4km at this point and we still had around 70km to go for the next control. The original plan was to follow the A48 all the way back, but frankly we were both on our noses, so we opted to take a slightly longer but slower route through Magor, which missed out some of the A48’s more annoying hills.

Even so, there was a lot of digging deep to be done. The legs were screaming at me —I hadn’t realised at the time that I was a little dehydrated and that was neither helping my mood nor my angry thighs. I will admit that we stopped at a few petrol stations on the A48 for refreshments. We figured we actually had some time in hand and could ease off a little, so a round of cokes sat on the floor of the petrol station in Castleton seemed like the thing to do.

Mercifully Cardiff rolled into view and the inevitable second wind kicked in as we headed down Newport Road, through town and back to Cardiff Bay.

Being a warm, sunny day Cardiff Bay was heaving. A far cry from the serenity of the morning’s visit.

A few more receipts were in the bag & this is where David and I parted ways to head to our own respective finish lines.

With 240km weighing heavy on the legs I trundled back to Asda very, very slowly indeed. However, despite the burning sensation coming from my legs the ride gave me an enormous sense of achievement. Not only had I ridden further than ever, I completed it at a higher average speed than the Audax I completed in August. I’ve also managed to recover a lot quicker than before, although not as quickly as my brain would like. My brain is already saying “where next, then!?”

As it happens, this route was refined further when we rode it and there are plans to do it again in July. Next time I’ll be starting & finishing in Cardiff Bay & visiting a chippy on the way home instead of Asda.

5 thoughts on “Epic Rides: Cardiff to Midford and Back Again…”