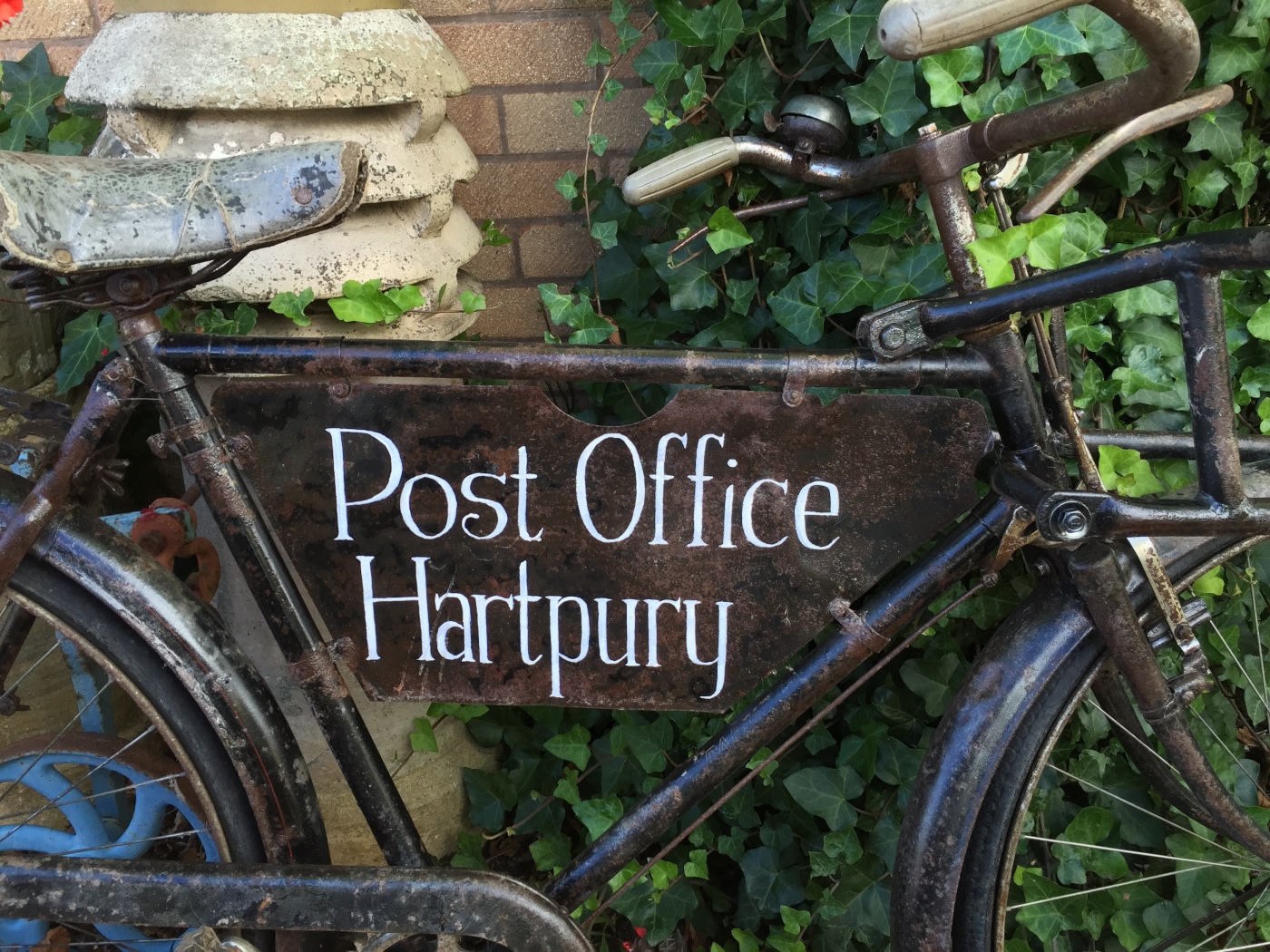 Well, we did warn you there was another Audax post on the way. This one may be a fraction over 200Km, but it represents quite a good entry point for the budding randonneur.

Dr Foster’s Summer Saunter is an annual event, usually held around the beginning of August. It has a winter version as well, Dr Foster’s Winter Warmer that makes a few changes to the summer route but covers the same sort of territory.

It’s a great place to start your Audax career, mainly because it is mostly flat, save for one category 4 climb in Pen-y-Clawdd and one right at the end as you return from Bassaleg to St Mellons. However, during August when it can get rather warm and sunny, dehydration, heat stroke and sunburn are added complications that you must take account of.

The start and finish are at the Toby Carvery in Cardiff Gate. It’s a little out-of-the-way, but it’s as far east of Cardiff as you can go without hitting Newport and there is a handy lane that’ll take you to the old A48 where your long trek east begins.

As long as you like a roast dinner, arriving back here at the end for a very reasonably priced meal makes a lot of sense. However, before that you need to head through Newport and all the way down to Chepstow. The most straight-forward way is along the old A48 until you reach the roundabout after Junction 26 or Tredegar Park. Here you have a choice of going through the centre of Newport or taking the docks road. We went through the centre of Newport –it’s harder to get lost that way as you just keep ploughing on until Chepstow rolls into view.

This part of the route is without a doubt the most difficult. Not only is the A48 occasionally busy, it is also crushingly dull. However, as soon as you reach the old Severn Bridge things perk up significantly.

There’s a right turn after Chepstow Garden Centre towards Mathern, followed by a left onto Mathern Road. Eventually the dual carriageway will re-appear over your head and you can take a right onto the cycle path that runs down to and along the old Severn Crossing.

You’ll want to cross the bridge on the left side, so stay to the right as the path forks (going left takes you to an underpass to join the right side, as if you were heading to Bristol). Once across, just keep going straight on until you start to see signs for Thornbury.

Now things start to become very rural and will stay that way until Gloucester. It’s beautiful around here, especially with the sun out. You have a choice –you can either follow the route as per the map below or go through Thornbury, Rockhampton & Lower Stone to Berkeley. The route in the map is probably a little quieter.

Our first control point of the day is the picturesque village of Berkeley. On the way in you’ll pass a café on your right. They’re quite accustomed to having audaxers in and will happily sign your brevet card, fill your water bottles and sell you some cake and coffee. What more do you need!?

If you can find a cash machine around there, now might be the time to pick some up if you don’t have any on you. The remaining controls are not all that “plastic-friendly”.

From here you head out towards Slimbridge and Shepherds Patch. Whilst the canals are achingly beautiful, the paths to the side are gravel and not much fun on a road bike. They can be navigated however. You may also need to wait for bridges to open as you cross the canal a few times. It’s an experience if you’ve never been through here before.

I love this part. I even love getting stuck at the bridges and having to wait to get across. It isn’t something we Cardiff folk get to do all that often.

More rural villages & country pubs will pass as you skirt to the side of the A38, but eventually you will find yourself on the main road –however there is a cycle path to the side of most of it. Sadly, there is a roundabout that needs to be navigated, adding some undue hassle to an otherwise excellent morning.

Aim for the A417 and stay on it until Maisemore, before taking a right onto Over Old Road. The control here is a Post Office, so you’ll need to take a left when the A417 re-appears followed by a right into a sort-of courtyard with a post office in the corner.

There’s a basic shop at Hartpury where you can buy snacks, use the toilet and re-fill your water bottles, but you’ll need to be resourceful to construct a meal out of the food that is on the shelves. You can probably prepare some cheese & crackers, or perhaps a salad through if you have time.

It is a nice place to stop and catch your breath though. The people are lovely here too. However, back on the road you must go and it’s a left out of the gate followed by another left onto Corsend Road. Take a right onto the B4215 and head for Newent, then Aston Ingham, Lea, Pontshill, Caughton, Walford and then Goodrich before our next stop, Symonds Yat.

Symonds Yat is a popular tourist attraction, popular with kayakers and people who like to eat cake. As luck would have it, being cyclists we do eat a lot of cake. However, it can get very, very busy and even if you haven’t seen a wasp at all this season, you can guarantee that they are all here, milling around where jam is in plentiful supply.

You can stop here for a bit, providing you have time, but if it is too busy it can often be worth just grabbing an ice cream or bottle of water from the ice cream kiosk and getting a receipt. There’s a woodland trail to ride along next and a few places to pull over should you want to stretch your legs or hide from the sun for a bit. Plus, hardly any wasps! When you are done here, head through to the car park and look for a trail at the end.

This year it was hot and Symonds Yat was not a fun place to be. The Garmin read 34oC and you couldn’t move for camper vans and cars with impatient drivers. I spent the bare minimum of time here, knowing that there was a forest path up ahead that would offer a more restful experience. A bottle of water at the ice cream stand and a receipt to prove I was there. It’s a shame, because Symonds Yat is a great place when you are not hot, tired and on the clock.

It was at this point where a lot of back ache started to set in, making the remaining 60Km very uncomfortable and much self-talk was required to keep me going!

It’s worth bearing in mind that the only climbs on this route are from this point on. So, perhaps take some time to eat and stretch before the push to the final control. They’re not big climbs in the grand scheme of things, but you’ll have covered around 140km at this point and you may be feeling a little sore.

At the end of the gravel trail you’ll find yourself in the town of Monmouth, where it’s a brief stint on the dual carriageway before taking a left towards Mitchel Troy. Take the Groesenon Road that follows the A40. After the turning for Dingestow look out for a left turn towards Pen-y-Clawdd and stay on this lane until you get to Usk. It’ll feel like a long way because this is where you’ll encounter the first big climb of the day.

Strava has graded this climb a category 4, putting it in the same category as the Heol-y-Fforest climb from Tongwynlais. It’s not too bad, but on tired legs it adds to the challenge.

To add a bit of insult to injury, the stretch between Pen-y-Clawdd was dogged by a stiff headwind, making progress a little slower than I’d have liked. Fortunately I was caught up by another group that were far more organised, had more energy and were happy for me to sit on their wheel for a bit.

At Usk we say goodbye to the country lanes for a while, but Usk does have a very pleasant village with places to buy food and use the lavatory. Feel free to stop here if you have time on your side. There’s a few busy roads coming up, including another dual carriageway at Little Mill. Follow the signs for New Inn where you’ll be greeted with another short climb up Usk Road, but keep your eye out for a sharp left onto the canal path.

Follow the canal path –eventually you’ll arrive at a pub called the Open Hearth. This is our final control and it’s only a relatively short hop to the finish, so see how you are doing for time. Audaxers tend to fall into two camps –the ‘full-value audaxers who will take their time and return to base with little time left on the clock and those that just want to get around. If you are in the full-value camp, this is not a bad place to run the clock down. There is outdoor seating right on the canal and it’s not bad place to take a breather.

This year I spent much of my time on my own and caught up with certain people at controls more often than not. I would like to spend more time relaxing at the Open Hearth one day, especially if I can get an outdoor bench along the canal, but there was also a carvery with my name on it a short ride away and that won on this occasion.

The ride in from here should take no more than an hour and a half. There are numerous road crossings on the canal path so that will slow you down and it can get busy with pedestrians and dog walkers. Eventually you will end up on roads again, near Bassaleg. Anyone who has done the short Velothon route will recognise this place, as it is where you come out when you have crossed the M4 junction.

Instead of following the road out to Caerphilly or Draethen we need to take a left much sooner. This is the last significant climb of the day and it’s not a bad one, all things considered. However, at around 200Km into the day it can feel a little unnecessary. Technically speaking, there is nothing stopping you taking the road back to the roundabout and following the A48 back to Cardiff Gate. You are not missing any controls out, after all.

We’re not ones to shirk a climb though, so the route below includes it. After that there’s an exciting descent and a fairly straight run into old St Mellons and back to the start.

If you would like to try Dr Fosters Summer Saunter, it is worth checking out the Audax UK’s Events Calendar when the new season starts in October. It usually takes place around August.

Having said that, you can do the route as a DIY at any time, or just as a long ride. It’s a good route and a fun day out.