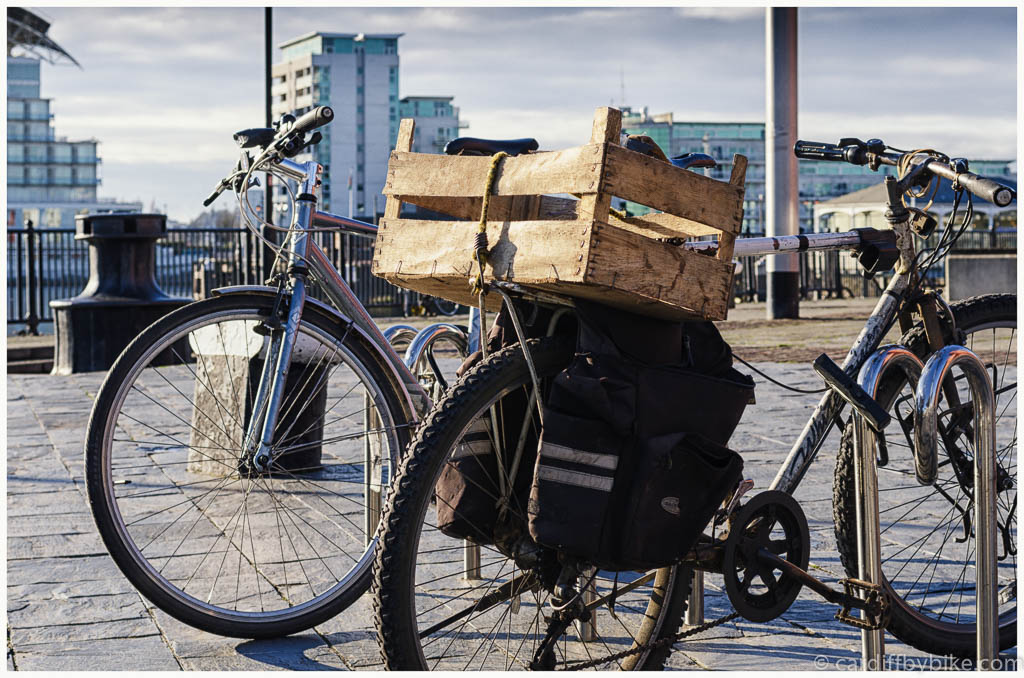 The Council is currently beavering away at its new cycling strategy, which will hopefully pave the way for some ambitious integrated network plans come September 2017.

The previous strategy arrived before the Active Travel Act, along with its own design guidance and the Enfys map many of us are familiar with. To say the previous strategy wasn’t terribly ambitious or even particularly well implemented would be a bit of an understatement, but hopefully the new one will take us somewhere, especially as there is new design guidance to follow as part of the Active Travel Act.

We all have an opportunity to feed into this new strategy, but we have been asked to put a few thoughts down that will, in theory, feed into the strategy.

First things first, we need to talk about routes. Cardiff is going to expand, with much of the green space around the M4 and to the west sold off for housing. We need to make it easy and safe for people to cycle into town for work and pleasure, so new routes are required.

It’s no secret that we are no fans of shared paths, particularly as other cities are implementing dedicated, protected cycle infrastructure that facilitate fast travel to the city centre without having to contend with dogs off their leads and people walking four-abreast. We would like to see two-way cycle lanes from north to south; from east to west and along the north-west and north-east to link the new developments.

This will require re-allocation of road space and there’s no getting away from that. However, we already have a post about this. The council needs to transition from thinking about cycling as primarily a past-time to while away a Sunday afternoon and start thinking about it as a primary mode of transport.

This also means we need routes that go through commercial areas, such as Birchgrove; Whitchurch Village; Rhiwbina; Llanishen etc. We spend money in shops —quite a lot, actually.

On that note, the council has a number of Park & Ride zones around the outskirts of the city. These should also be joined up with a dedicated cycle route, perhaps offering a reduced daily charge if you cycle the rest of the way or use the forthcoming bike share scheme.

Whilst the council is already planning to turn a number of districts into 20mph zones, setting a blanket 20mph limit across the city would provide more consistency and leave drivers in no doubt what speed limit is set for that particular stretch of road.

We would start by turning everything south of the A48 into a 20mph zone, including North Road. This would make all roads feel safer, whether there is a cycle lane on it or not.

There are other benefits, such as reduced noise for residents living on these busy roads, plus it’ll be safer for pedestrians too.

We’ve been banging on about parking since we started this site. You are less likely to make a journey if you are unsure of where or even if you can park. We’ve been working on a parking map to make things easier, but it’s of little help when there just isn’t parking there. 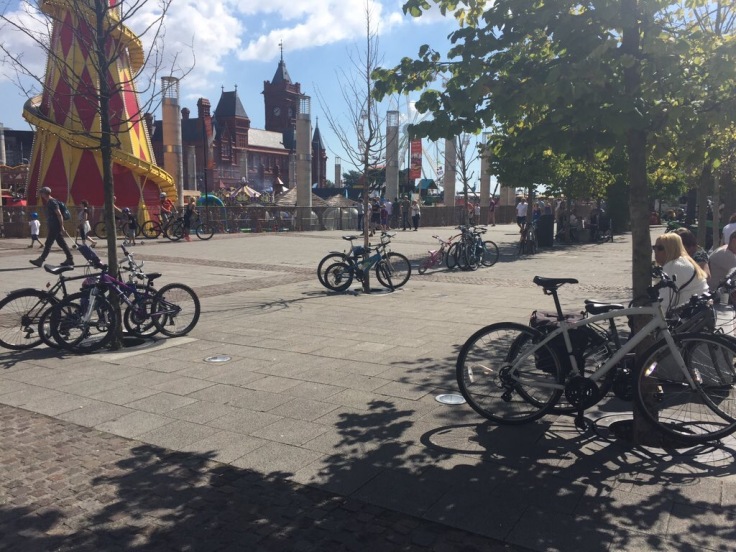 At no other time is the lack of parking more evident than when a major event rolls into town. The food festival; the harbour festival that happened this weekend; every rugby or football match at any one of our stadiums. Bike parking provision needs to adapt to the level of cycling the council wants to see, whether that be through permanent racks, or temporary ones. As luck would have it, we have a post about this very issue too.

There should be no need for people living in Cardiff to have to drive into the city when the roads are already going to be gridlocked from people coming from further afield. Instructions for cycling to events should routinely be provided on the council’s news pages and travel information pages as well.

There also needs to be a fresh look at where parking is provided for everyday users. There’s a distinct lack of cycle parking around St Davids 2; around Cardiff Bay and around the Civic Centre.

We’re excited to see what the bike share scheme will be like. We would hope that hire locations will be located around train stations; public buildings & tourist attractions; park & ride locations. We also have a post talking about this.

We’re also hoping that the pricing strategy is suitably aggressive. We understand that a similar scheme in Belfast has a £20 per month subscription, which sounds like good value.

Maintenance of the routes we have…

Cardiff only has two off-road cycle routes worth mentioning –the Taff Trail and the Ely Trail. Neither of these are maintained during winter, making them dangerous for at least three months of the year. Not many of us can take three months off and we still have to get to work.

It wouldn’t be too much to ask for someone to grit the trails; sweep them of leaves and mulch; and make sure the flora isn’t protruding too far onto the path.

So, you could call much of the above the “carrot”, but there’s a lot to be said for a bit of “stick” too. The idea of a congestion charge had been raised before and dismissed by the council.

However, before too much stick is used, the council should focus on making sure we have the sweetest, most crunchy carrots available.

We should see the cycling strategy consultation in the next few months, but if there is anything you would like to see in it that we haven’t covered above, please let us know in the comments. We are going to draft a long email to our contact at the council over the next few days and we’ll happily include your comments too.

If you are reading this in 2019, quite a lot has changed since this was published. We have a thriving bike share scheme now, plus the cycling strategy has been published.

The council has also started to consult on its new cycle routes.