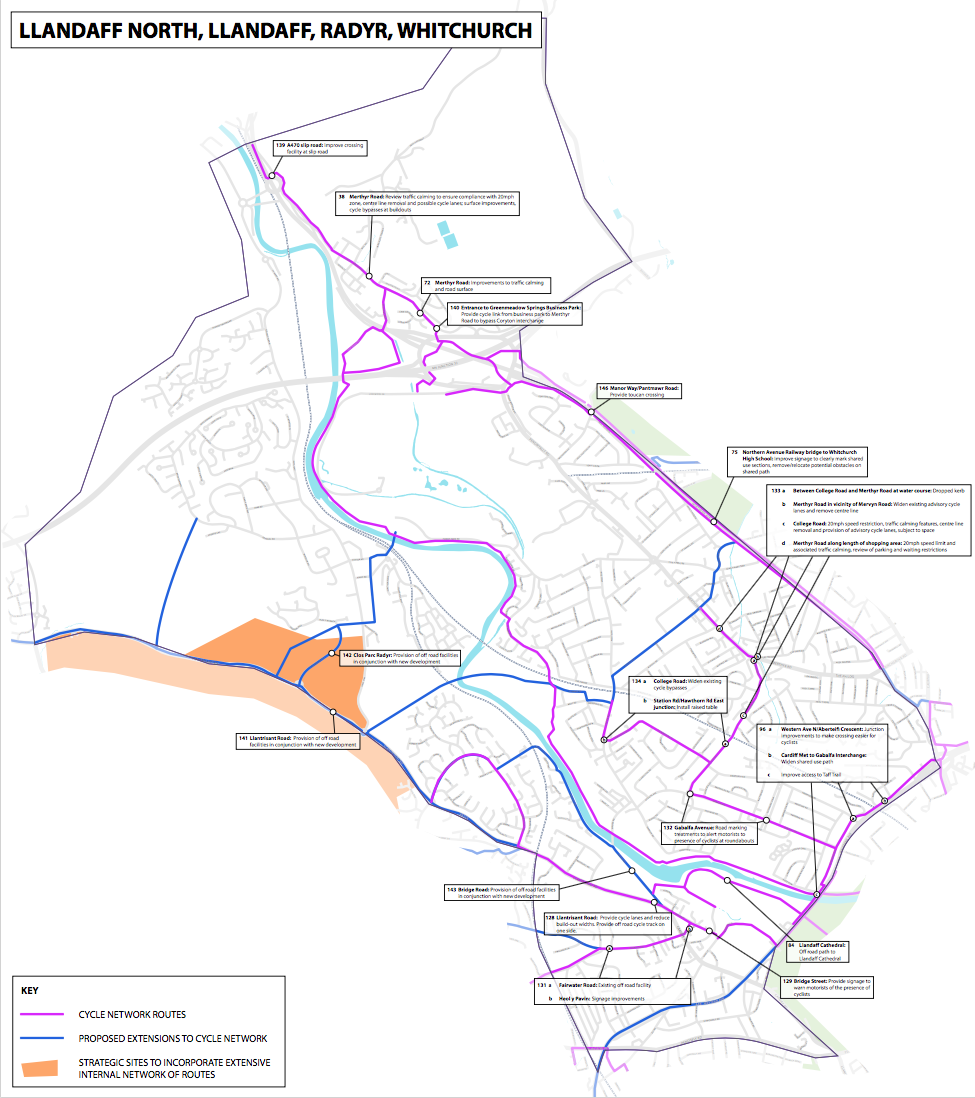 In this thrilling instalment of the Cycling Strategy deep-dive we should probably spend a bit of time looking at our existing go-to routes, the Taff and Ely trails.

Our beloved Taff Trail was actually one of the few routes to pass the assessment against the Active Travel Design Guidance, so it is hardly surprising that not much is planned for the route itself. Yes, there were a few weak points, such as at Blackweir Bridge, but the bulk of what is planned around the trail is improving access to it.

Access to the trail will be improved from Western Avenue, along with a widening of the shared path. However, that is pretty much it as you travel north until you reach Tongwynlais, where some traffic calming is planned, as well as an improved crossing at the slip-road across the A470 as you head towards Taffs Well. 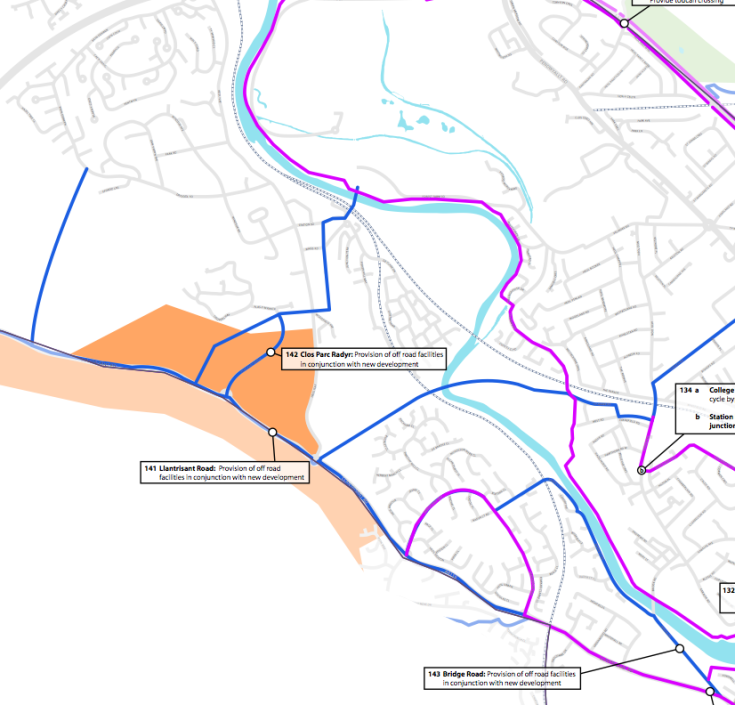 This may come as a bit of a disappointment for many of you, but there is some good news. Along with the Primary East-West Route there are some “proposed extensions” planned linking it with the Taff Trail, namely at the Heol Isaf roundabout on Llantrisant Road and at Clos Parc Radyr, one of the new development sites.

Perhaps the idea is that you can take the primary route from town until you reach the required turnoff back to the Taff Trail. This will at least provide an alternative during the winter when Taff Trail maintenance is notoriously lacking.

However, we would have liked to have seen something to suggest that the path through Hailey Park could be widened a little (UPDATE: There are plans for that here). It would certainly reduce the chances of conflict with dog walkers.

As with the Taff Trail, the planned changes to the Ely Trail amount to diddly squat.

Aside from traffic calming and a 20mph limit on Windway Avenue and barrier improvements on Bwlch Road, the Ely Trail is to be pretty much untouched.

Sorry, that was a shorter section than we had in mind…

The one thing that is becoming clear with these plans is that our old trails are not quite as integral to Cardiff’s plans as we might have thought. This, we believe, is a good thing.

We’ve become accustomed to only really having two routes. The brave among us would simply “make do” with the roads we could find that gave us a relatively low number of bad experiences, but a network it was not.

Glancing at the maps it is clear that most of Cardiff’s suburbs are connected by at least one cycle network route –although we note that Morganstown and Pentyrch are absent from the plans. It would have been nice to have seen improvements planned for north end of Heol Isaf at the very least.

The Taff and Ely trails will still be there of course, but they will no longer be the default option for most people, because theoretically there will be an actual cycle route somewhere nearby, relatively free of dog walkers and leaves.

However, given that the primary routes will be completed first –in the next 3 years actually, these may well become the default option and we’ll simply cut east or west from one of those to reach our destination.

On the surface this may all seem a bit disappointing, but given that the trails are a deathtrap for much of the autumn every single year, making use of the primary routes makes a lot more sense. Of course, implementation is key here and if the original Enfys map proved anything it is that lines on a map do not make a network either.

In future updates we’ll take a look at some of the interesting changes in the remaining maps and ask a growing list of questions that are starting to pop out at us as we dig into the detail.

Until then, do you think you will be sufficiently served by the primary routes to make use of them, or are you relying on improvements to the purple routes over the longer term before taking to two wheels?