The council is currently consulting on its economic green paper. It’s a roadmap that aims to boost the various zones around Cardiff that have developed over the years.

One of the frustrations of being the solution that everyone is looking for but nobody wants to see is that getting people to think about bicycles as a way to get around, or even to see that the conditions that led to the car-led society we have now need to change, is an exercise in futility.

If you were going to come up with a grand plan of Cardiff where money was no object and congestion was not a thing, you would conceivably come up with a document rather like this.

It is keen to identify why changes are needed. We need to keep pace with other cities, but our transport network is creaking and any hint of “more” makes the people who need to commute anywhere (apart from those of us on the Taff Trail) wince a little.

Over the next three months the public will be asked their views on a possible strategy designed to make Cardiff and the surrounding area an even better place to live, work and visit following the publication of a county government Green Paper entitled “Building More & Better Jobs”.

via Building more and better jobs

Decades of car-centric planning has left people with an expectation that they must have a car. If you work on an industrial estate on the outskirts of the county, or in the wider region, there is an expectation that you need a car. With cars being such an inefficient way to move people, the road network struggles to cope at peak times; the buses are often empty and forever stuck in queues of single-occupancy cars and the less we say about the trains the better.

The green paper says Cardiff’s “productivity lags behind other cities”, which begs the question, is this a cause or an effect? Is this because the workers we have can’t move around efficiently and it is proving off-putting to businesses, or is it something else? What happens when we grow beyond the 90,000 daily commuters we have now?

We know that the Metro is on the way. We know it should resolve some of the user-experience problems faced by commuters, such as the myriad of bus operators all using different tickets and the trains being an expensive, over-crowded horror show.

However, we don’t yet know how affordable the Metro will be against a backdrop of people who are already paying to run a car and can’t really afford or aren’t willing to pay for a season ticket for the Metro on top.

It may well be outside the scope of the green paper, but it is something that the whole plan depends on. Of course, we’re a big fan of getting around on bicycles and having a bike share scheme and some infrastructure will certainly help.

Aside from being an awful title for this document, the aim for Cardiff is to reduce income inequality and create more opportunities. They are attempting to do this by reinforcing the “zones” that seem to have developed around the city and then expanding them further. Leisure occupies much of the bay area; industry being built up around the coastal area to the east and south of the main railway line; sport in the area west of the Taff; “business” right in the middle and “innovation” north of that extending to the M4 and the Coryton interchange.

Either side of this central zone is sprawl. Acres and acres of sprawl, with Pontcanna, Ely, Fairwater and Radyr to the west and everything from Thornhill to St Mellons in the east, with plans in the LDP for even more sprawl. There seems to be an expectation that everyone will be a commuter and that everyone will travel into one of these zones for work or leisure.

Everyone will have an impact on the transport network –the same network that is creaking already.

The city has been divided into five zones according to the sort of current or new establishments they have in mind for them.

There is an elephant in this here room. We’re still a city that predominately gets around by car and as we’ve said already, there is an expectation that you will arrive anywhere by car. Directions by car are often given first and it is rare that anyone has “bike stands available” on their website (apart from CADW now).

The plan will have people travelling out of the areas of urban sprawl to the east and west, to one of the five zones for whichever activity they are going to do that day, be that work or leisure.

A while ago we talked about the costs of owning a car and how it can eat up a surprising amount of your disposable income. If you have a car you may well be paying some sort of loan or hire purchase agreement; insurance; fuel and hopefully saving for the inevitable rainy day when your big end, head gasket or gearbox gives up the ghost.

It may well take a considerable chunk out of your pay packet, so will you be able to afford to ride the Metro when it arrives, or the public transport options we have today? If you are on a decent income the answer may well be yes, but if you are a youngster; are dependent on the gig economy or in a minimum wage job you may struggle to do both.

The sprawl measured by the report is linked to a number of negative consequences. Sprawl was found to increase peoples’ reliance on cars, reducing the amount of exercise they do and increasing the risks of obesity and diabetes. The large distances from the suburbs to the center of the city mean that poorer people are excluded from opportunity. It was even found that although denser cities have higher costs for property, the cost of travel in sprawling cities more than offsets this, making living costs higher in less dense cities.

–via Urban Sprawl in the US: The 10 Worst Offenders – Arch Daily

Of course, those that do have a car will likely continue to use the cars they have and the Council still doesn’t seem to want to do anything to deter them, aside from gradually raising the costs of parking –something that only really impacts those who can barely afford to use the car anyway.

Which ever way you cut it, there will be more traffic on the roads. 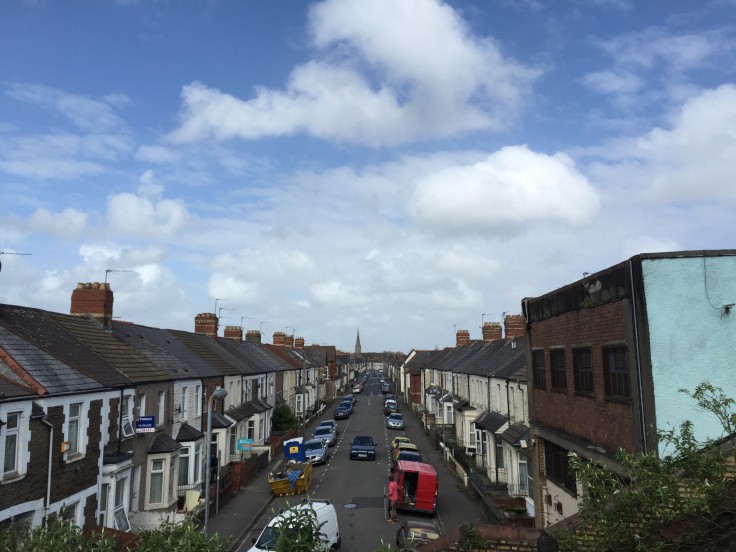 One way to alleviate transport poverty and ease congestion is to reduce the need for people to travel in the first place. Back in the old days before cars and bicycles, many of us lived in villages. The village was the centre of our universe. It was where we shopped; actually spoke to our neighbours and developed some semblance of a community.

Over the past few decades and for a multitude of reasons we’ve moved away from this. Instead we have suburbs and other zones entirely separate, so that now you have to travel from one to the other, often across considerable distances.

Another thing we’ve touched on before is why our town centres are on borrowed time and why offering free parking is a fool’s errand. Effectively we have killed our town centres by luring people to vast out-of-town retail parks in their cars and onto websites that will deliver to your house. This not only breaks the human connection between buyers and sellers, it adds yet more traffic to our road network.

The city we have now is often difficult to navigate without a car. The public transport network and even the proposed new cycle routes take everyone to the city centre, but if you are in the north and need to cover a relatively short distance to Fairwater in the west or Pontprennau in the east, you need to get another connection back out again. This is often a costly and time-consuming exercise, particularly when you are trying to wade through 90,000 other commuters.

This plan and the LDP will only reinforce this.

Getting from the sprawl in the west to the industrial south east will require two trips by public transport; just as getting from the new sprawl east of Lisvane to the sport-themed west will involve two trips. People will likely drive that instead, cutting through the city centre or the villages of Whitchurch and Llandaff North, contributing nothing to those communities other than more traffic.

Instead, we need to be breaking up this sprawl and putting activities and resources within easy reach of people on foot and on bicycles. Walkable neighbourhoods with thriving villages that benefit from very low business rates and rent to help them remain profitable.

More homes near the city centre for those of us who aren’t students would help too.

The LDP will establish entirely new neighbourhoods, but as has been shown with Pontprennau, little to no effort has been made to establish new communities –just vast swathes of identikit, cheaply made houses and nothing to bind them together.

–via What is New Urbanism – CNU

What we take away from this green paper and the LDP is more of the same. More houses; more businesses, but more congestion and little effort to find another way. For all its rhetoric and talk of change the Council still can’t seem to escape the trap of car-centric planning. We are still building soulless suburbs with driveways and garages anywhere that still has grass growing out of it.

The council seems to be at odds with itself and this isn’t the first time we’ve seen it. We have a transport strategy and a cycling strategy that say a lot of the right things (once again at odds with its integrated network maps), but tacked onto a location strategy that will reinforce the status quo. Massive new neighbourhoods with nothing but houses, joining up with other massive existing neighbourhoods equally devoid of anything for residents to do or even call their own.

Rather than heading to Amsterdam and Copenhagen, perhaps the Council should some spend some time in the USA to see how this strategy is going to end. We need to fix the Cardiff we have today rather than fall into the trap of thinking “more” is the answer to everything.

Make the transport network function properly, cheaply and reliably for the people who live here now, before adding more houses and more business developments into the mix.

When we’re not spending an hour on the bus in the morning to travel 6 miles; when anyone who wants to cycle to work can in safety; and when every empty village shop is filled and thriving, then think about adding more to the city.

You can read “Building More and Better Jobs” and respond to the consultation on the council website.