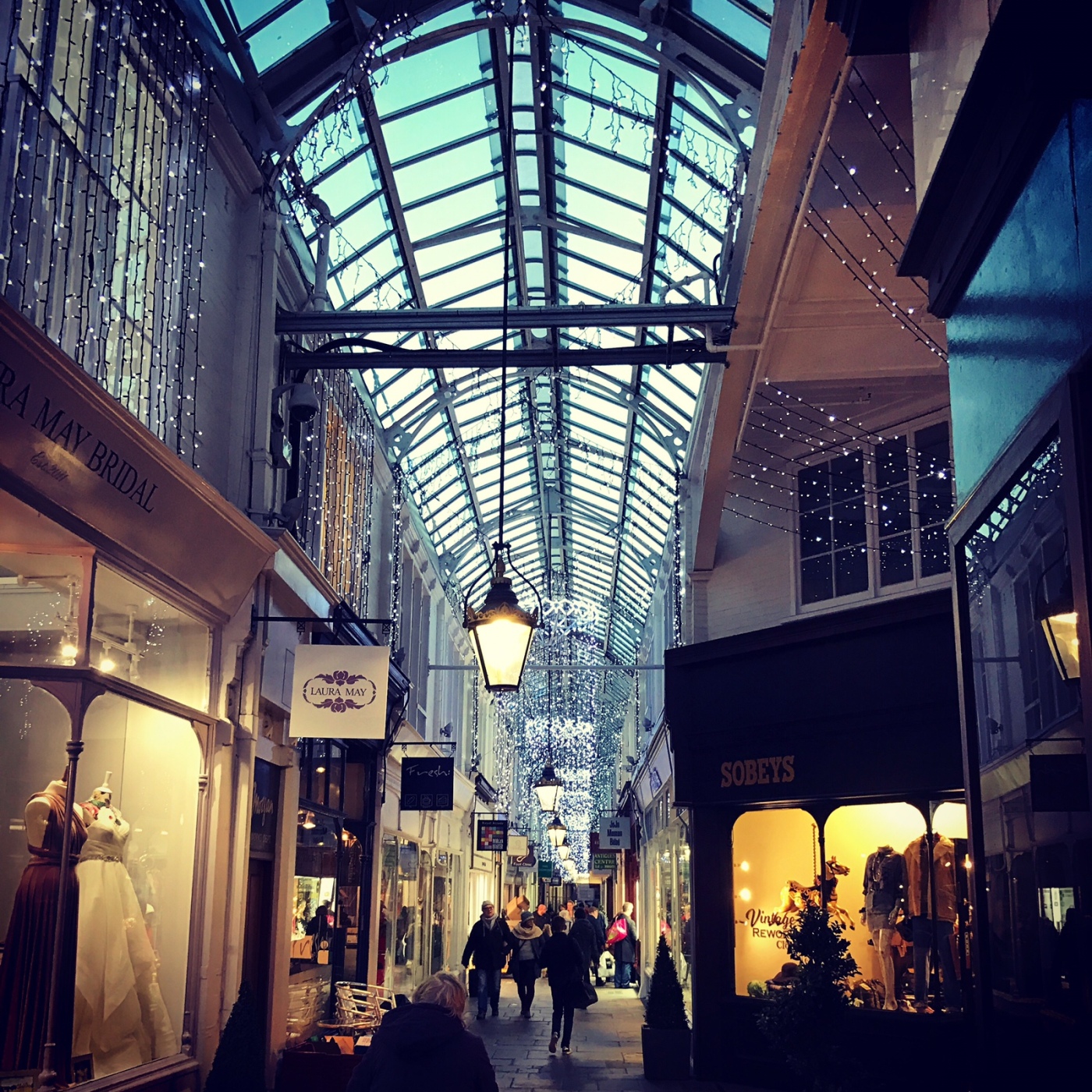 Cardiff may be a fairly new city in the grand scheme of things, but thanks to the changing needs of the population over the past two centuries it has become a collection of different ideas, all somehow blended together.

Whilst some ideas may have made sense at the time, others should be consigned to history and forgotten.

Cardiff started its life as a Roman settlement in around 75AD before being abandoned by them in the 380s, so says Wikipedia. The Vikings then had a brief stint at the helm, before making way for the Normans.

However, it wasn’t until the late 1700s and early 1800s that Cardiff started to hit its stride. It was during this period that we start to see some of the buildings that have stood the test of time, such as the Royal Arcade, Howells Department Store and many of the buildings you’ll still find lining High Street.

Cars weren’t really a problem back then. It wasn’t until after World War 2 that they really started to spread, so people largely got around by rail or horse if they needed to travel but most lived where they worked. It wasn’t until cars became commonplace that the sprawl set in.

Having a fair amount of old Cardiff as well as the newer developments gives us an interesting case study.

When we talk about making a place liveable, we’re really talking about a place that isn’t dominated by motor traffic; that is safe to walk or cycle around and is a pleasant place to spend your time, ideally without the expectation that you have to spend money.

Cardiff in the 1890s had no cars to worry about, but it did have to work for the people there. Up until 1858, Cardiff only had around 25 actual shops, but that year Royal Arcade was built and increased that number significantly. It would be followed a few years later by High Street Arcade in 1885; Wyndham and Castle Arcades in 1887; Central Market in 1891; Morgan Arcade in 1896 and Duke Street Arcade in 1902.

Whilst it may have been common sense to build shops and places to do business this way back in the 1800s, even today the Arcades are still a beacon of light for a liveable Cardiff.

They are easy to walk around; sheltered; overflowing with character and are fundamentally a pleasant place to spend your time, unencumbered by the constant drone of traffic.

Motoring and cycling soon developed in very different directions and by the 1950s it was clear the future was to be one of mass ownership of cars. Car mileage increased, roads were now always designed with motors in mind, and, rider by rider, cyclists – once dominant on Britain’s roads – started to disappear. In the evolutionary timeline of hobbyhorse-to-velocipide-to-bicycle-to-automobile, the riding of bicycles should have been all but extinguished by the 1970s. Town planners certainly thought that way, and declined to design for anything other than motorcars.

There may be a little bias creeping in here, but it was when cars began to spread and we started designing cities to accommodate them that the rot set in.

We started to build further and further out; making the assumption that people will just drive the extra distance, thinking nothing of the consequences that with the benefit of hindsight seem so obvious now.

We can look to the USA as an example of where the urban sprawl of the 70s and 80s would take us. Yes, they have a lot more space than we do, but you know what they say…it’s not about how much, it’s what you do with it.

One thing that is a little worrying is how Cardiff hasn’t learned anything from the failed experiment that is car-centric planning.

As we’ve talked about in our Green Paper article, the signs point to yet more urban sprawl at a time when Cardiff’s planners are talking about making Cardiff the most liveable city.

Either side of this central zone is sprawl. Acres and acres of sprawl, with Pontcanna, Ely, Fairwater and Radyr to the west and everything from Thornhill to St Mellons in the east, with plans in the LDP for even more sprawl. There seems to be an expectation that everyone will be a commuter and that everyone will travel into one of these zones for work or leisure.

Cardiff Bay, well at least the area between Grangetown and Penarth still seems to be under active development, but it is perhaps our finest example of 80s American sprawl.

Where in the US they may have a Wal-Mart, we have a Morrisons; a soon to be defunct Toys R Us, separated by dual-carriageway roads. Those of us on bicycles are once again consigned to the shared pavements. (I suppose it would be fitting to call them sidewalks here…) There is little outdoor space to speak of –at least none that you would really want to spend any time.

Head up the river Ely to Leckwith and we have a strip-mall, topped and tailed by a Costco and a Wal-Mart (ok, Asda). These are relatively new developments, completed as recently as 2009, but much of that land is taken up by car parking. Once again its primary links to the rest of Cardiff are busy dual-carriageways with cyclists expected to share the ahem, sidewalks with pedestrians.

As with Ferry Road; Culverhouse Cross and Newport Road that came before it, we’ve effectively created our little piece of Americana. The only thing we are missing is a Red Lobster.

Rather like its American cousins, it is to all intents and purposes a cultural desert.

From a residential perspective we also have Pontprennau –a place with nothing that could really be described as a village. Not even calling the nearest pub the “Village Inn” really constitutes a village. Having lived there for a number of years, there really is very little to do besides spend money.

It will soon join up with Lisvane when the farm land currently between them is turned into yet more sprawl. Lisvane does at least have a convenience store and a pub, but we’re not sure it really qualifies as a village either.

The nearest “third place” for people living in this area may well be Llanishen, which is a considerable walk away.

“In the absence of informal public life, living becomes more expensive. Where the means and facilities for relaxation and leisure are not publicly shared, they become the objects of private ownership and consumption.” —Ray Oldenburg

Sadly Pontprennau isn’t an isolated case. Plas Dwr will be very much the same, where its nearest third place will be Fairwater. Even that is a considerable, even prohibitively long walk along the A4119.

In its desire for “more”, Cardiff is still planning for a car-centric city. Sprawling housing estates devoid of a cultural centre or focal point and strip malls with the same chain stores you’ll find in any other city in the UK.

If destinations are not easily walkable, people will drive instead. Unfortunately this also means that the majority of people won’t cycle either, in the absence of an off-road or segregated cycle lane.

Yet, sat right under our noses this whole time is Cardiff’s historic cultural centre. It’s a template for Cardiff to follow and a place that we can be proud of. Small, unique businesses that offer a traffic free experience to shoppers and an opportunity for smaller businesses to make their start.

If we are going to build thousands of new homes on farm land, we need to give people a reason to stay there. Places to work and things to do without adding to the queues of traffic coming into the city centre or the out-of-town strip-malls just for something to do.