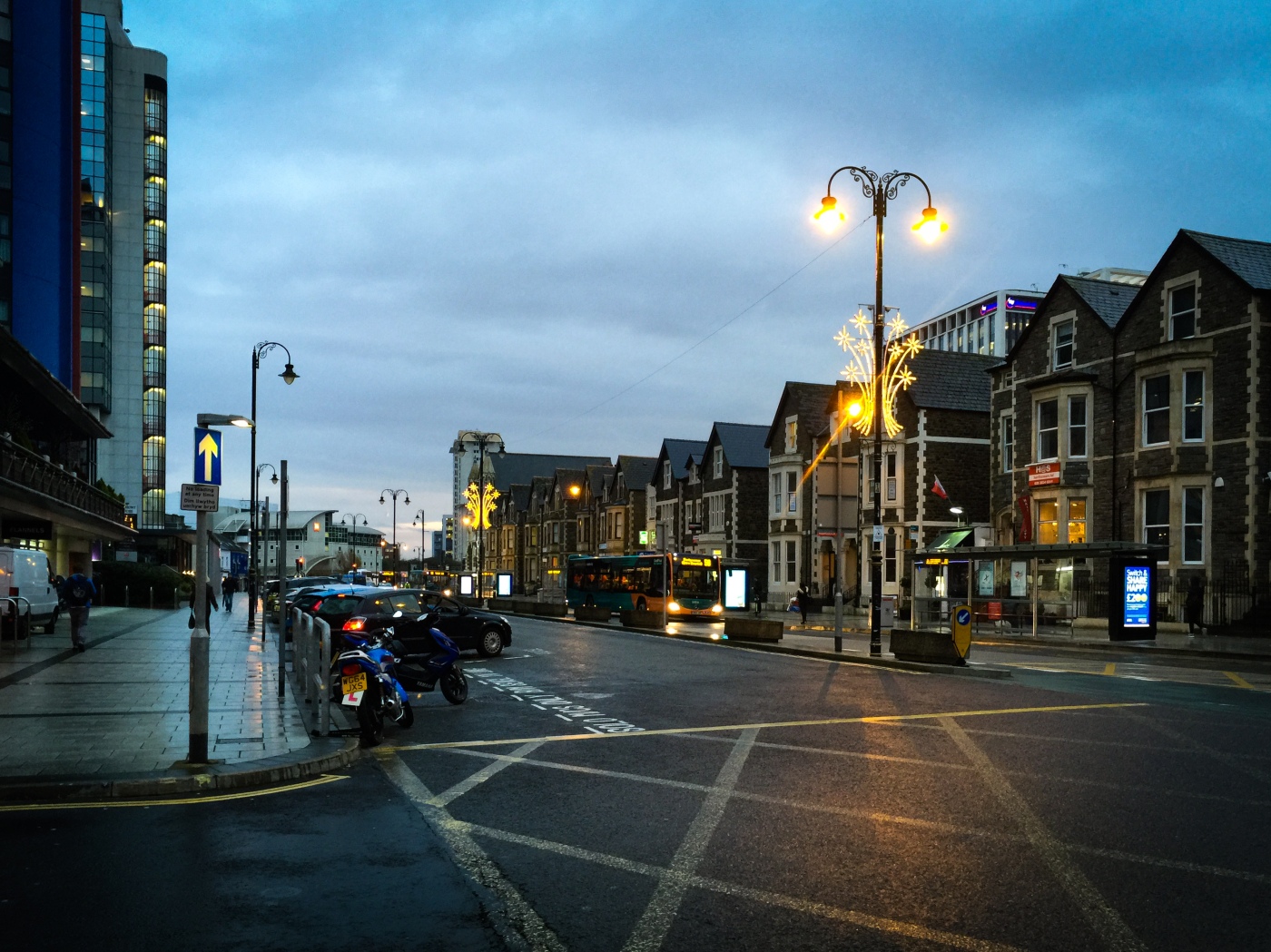 Let us take you back in time, to the days of Cardiff’s industrial past. Barges brought coal, iron and steel up and down the valleys to the port and out into the wide world.

But then at the turn of the 20th century the world changed. The barges started to disappear, the canals were paved over to make way for cars and Cardiff lost yet more of its history.

Go back a century and those diners would have been sitting in right in the middle of the 25-mile long Glamorganshire Canal which ran between Merthyr Tydfil and Cardiff until it progressively closed between 1898 and 1951. The steel, iron, lime and coal that flowed down the canal from the Valleys was internationally renowned. They literally helped build the modern world.

It would have been interesting to be a fly on the wall at Council meetings around the 1920s. To be at a place in history where paving over canals to make way for cars seemed like a good idea. Can you imagine if Amsterdam or Bruges had done the same. If it had paved over its canals, torn down its historic buildings and built high-rise student blocks in their place, would people be visiting them in their millions each year?

Yet time heals all wounds and we’re now starting to realise that noisy, polluted hellholes aren’t a great place to spend your free time, so work is underway around the world to reclaim streets from motor traffic. This stepped up into high gear in 2020 when people realised you couldn’t social-distance whilst balanced on a 1 metre spit of land at the side of a busy road.

Fortunately, the canals themselves never really went away. The water still flows through them and they do still show themselves here and there –Forest Farm, Atlantic Wharf…and that little bit behind what was the Big Sleep Hotel that you can spot from the train between Central and Queen Street.

The Glamorganshire Canal ran past the castle, along the Hayes and Mill Lane before heading towards the docks. After splitting off from the Taff at Blackweir, The Dock Feeder runs parallel to Greyfriars Road and is still visible until it disappears under Park Place. It then runs down Churchill Way before breaking cover again behind the hotel as it makes its way through Atlantic Wharf.

The council has just announced that Churchill Way is getting its canal back, along with a raft of changes for Boulevard de Nantes; Stuttgarter Strasse; Dumfries Place and Station Terrace.

The dock-feeder canal on Churchill Way will be re-opened just before the junction with North Edward Street and running up to Queen St, to create a new city centre destination and a open, green public space. The scheme will help revitalise this part of the city centre.

New amphitheatre-style seating, trees and green planting will be installed, with footbridges built across the canal so that people can get from one side of Churchill Way to the other. A new water feature is also being proposed for the site, as well as a pergola-covered alfresco dining area, and a stage for events and performances.

In what is dubbed “The Canal Quarter”, the plans include permanent segregated cycle lanes, seating areas, and the green planting areas we’ve seen previously on the Greener Grangetown project. whilst converting the subway between Greyfriars Road and the Crown Court to a wide open space with a continuous crossing over Boulevard De Nantes.

Cycling on Queen Street has caused an awful lot of debate over the years. We know why people cycle along it despite it being against the rules –because the traffic-infested alternative is less palatable than dealing with pedestrians.

However, these plans also include dedicated cycle lanes around Queen Street, joining up with the primary route in front of the castle; the forthcoming Newport Road route; and North/South Route.

I would hope that with the sort of infrastructure the council has been putting in lately, few people are really going to want to cycle on Queen Street, whether it is allowed or not.

I must be honest, I’m beyond excited. The public realm improvements alone are exciting and will make a big difference to Churchill Way, but there will also be a new cycle lane along Boulevard De Nantes to move people across town as well.

The timescales on these plans appear to be 2021-2022, which is very, very soon. At the end of what has been a bloomin’ awful year we do appear to have something good to look forward to in the new year. It may be the only thing, but you have to take your wins where you can get them.

I’d love to see the council re-open the Mill Lane stretch of the canal next, perhaps start ferrying people between town and the bay by gondola. Wouldn’t that be something?!

Take a look at the plans, fill in the feedback survey and let’s stock up on Cornetto’s (not sponsored).